Opera is a great passion of mine. Baroque music comes a close second, but living in Vietnam, it is a difficult passion. Having about two to three concerts per month is a feat for a city with not a large population interested in classical music. If we’re lucky, we get about two operas annually, funded by European cultural institutes.

As there are so few operas performed locally, I turning to Blu-ray and streaming options as an alternative way to satisfy my thirst for music. I started getting into digital opera around the end of 2014 and a whole new world suddenly opened up to me with the possibility of seeing great art from afar. With streaming and Blu-ray; most are a fraction of the cost of a live concert ticket and I find them to be a great way to introduce new people to classical music, with some language support. Our local opera house is doing very little to make opera accessible to the public, and when there aren’t any education programmes or resources on offer, then some people can misinterpret classical music as elitist art. With a collaborator, we founded From Alpha to Opera, with the aim of giving public information, firstly, translated operas, then, to “anything knowledgeable of classical music”.

From 2018, I started making subtitles for operas into Vietnamese and English. I organised public screening at small venues, holding less than 60 people at a time; while working full-time. My aim was to show one translated opera every two months and I invited passionate experts in the field to talk and share to the audience where needed. 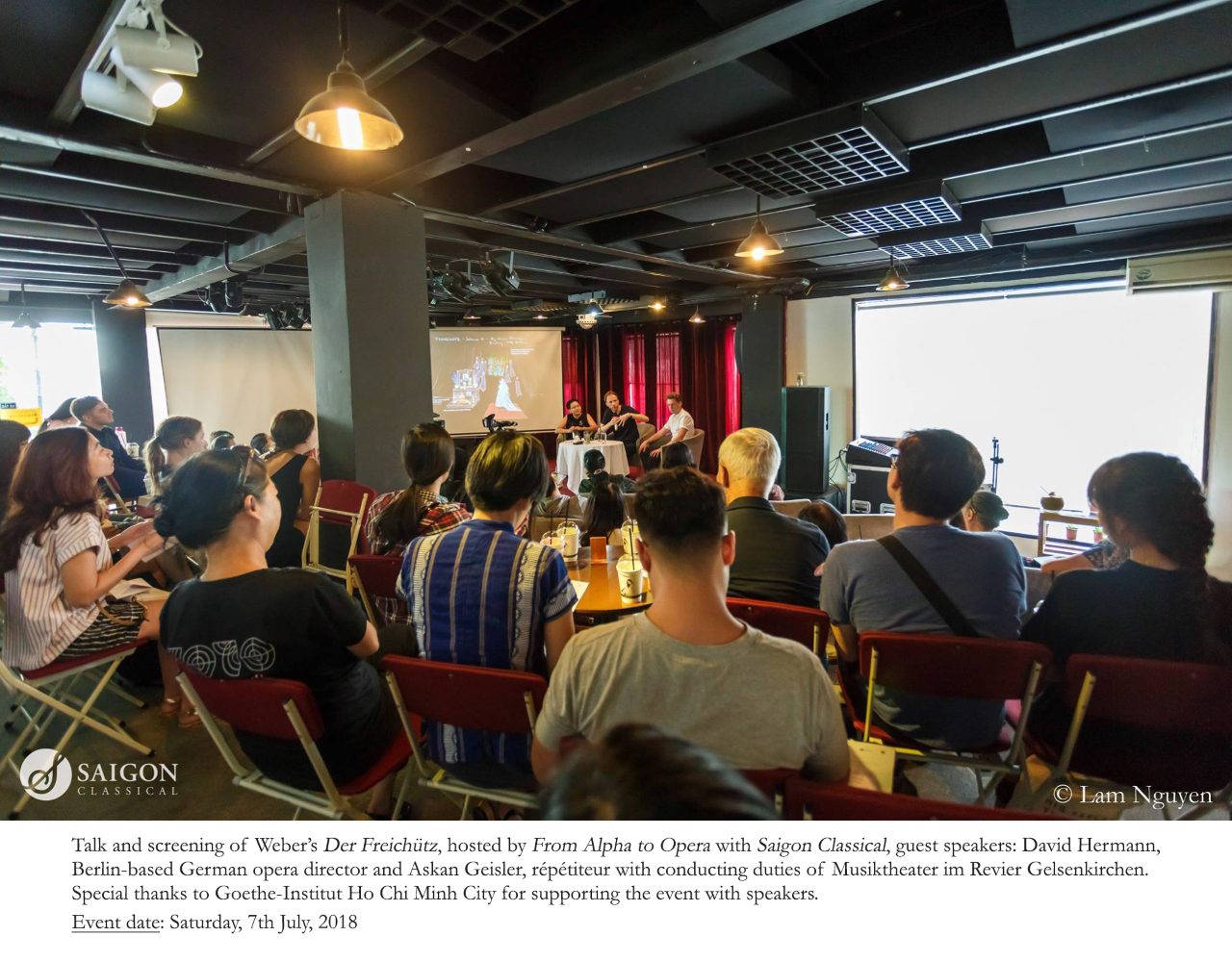 Steadily, the free entrance (to encourage participation), donation-based project started to draw interested people to the art form. We strive for quality rather than quantity. With 13 operas all translated and presenting as screening, and occasional talk/workshops with accompanying instruments to illustrate musical purposes along with the screening. The Vietnamese public has had many ah-ha moments with operas, realising that music as old as time is the reflection of the time they live in.

I speak as a consumer of digital art, and now as someone who helps make this art form more accessible to the Vietnamese audience by adding subtitles. Streaming has been so vital to me in forming and increasing my appreciation for opera, and it has certainly changed how people discover the art form, by giving them a platform that they know they can try. The streaming, Blu-ray and especially free opera streaming during lockdown have been great for guiding people into classical music. 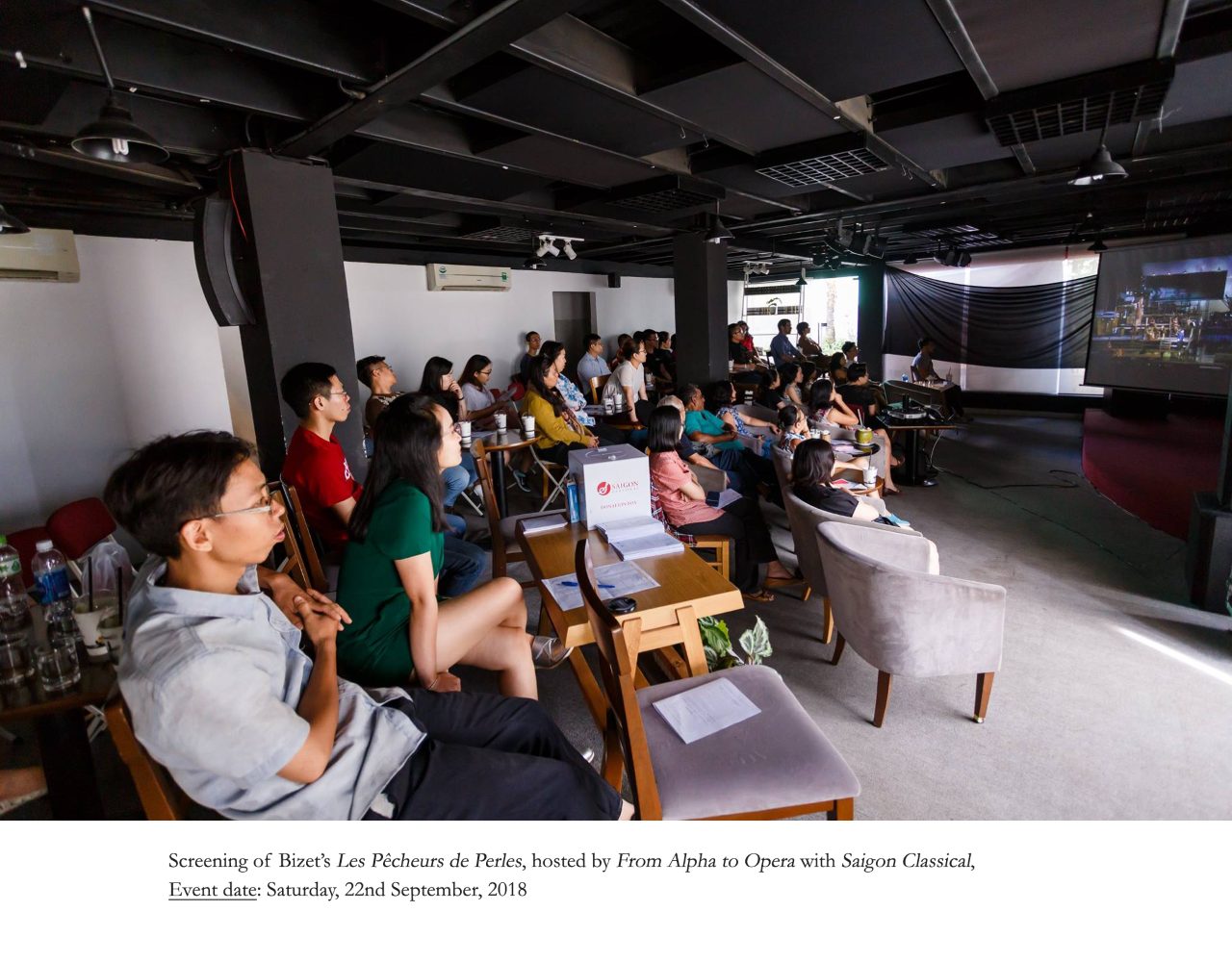 Sure, it is difficult for organisers to measure how much of an impact their programmes create. Numbers and statistics cannot replace the palpable atmosphere of a live performance. But a physical screening of a digital opera with our intervention on local language subtitles generates just as strong and distinctive emotion. I observed during these screenings two high schoolers who were totally engaged with the intrigue of Count di Luna from Verdi’s Il Trovatore. I also remember how the comedic timing and rich orchestral tone of Mozart’s Die Entführung aus dem Serail made everyone burst out laughing, and most insane of all, an 8-hour long activity early this year, surrounded Mozart’s Le Nozze di Figaro, from a talk to a full-length opera screening. The moment that 120 people burst out laughing at the end when the Count sang “Contessa, perdono” and the silence of the room breathing and waiting for the Countess response, I will not trade that moment for anything else in the world. The feeling that finally, they get it, why I pursue this, on my own initiative without financial gain for myself. 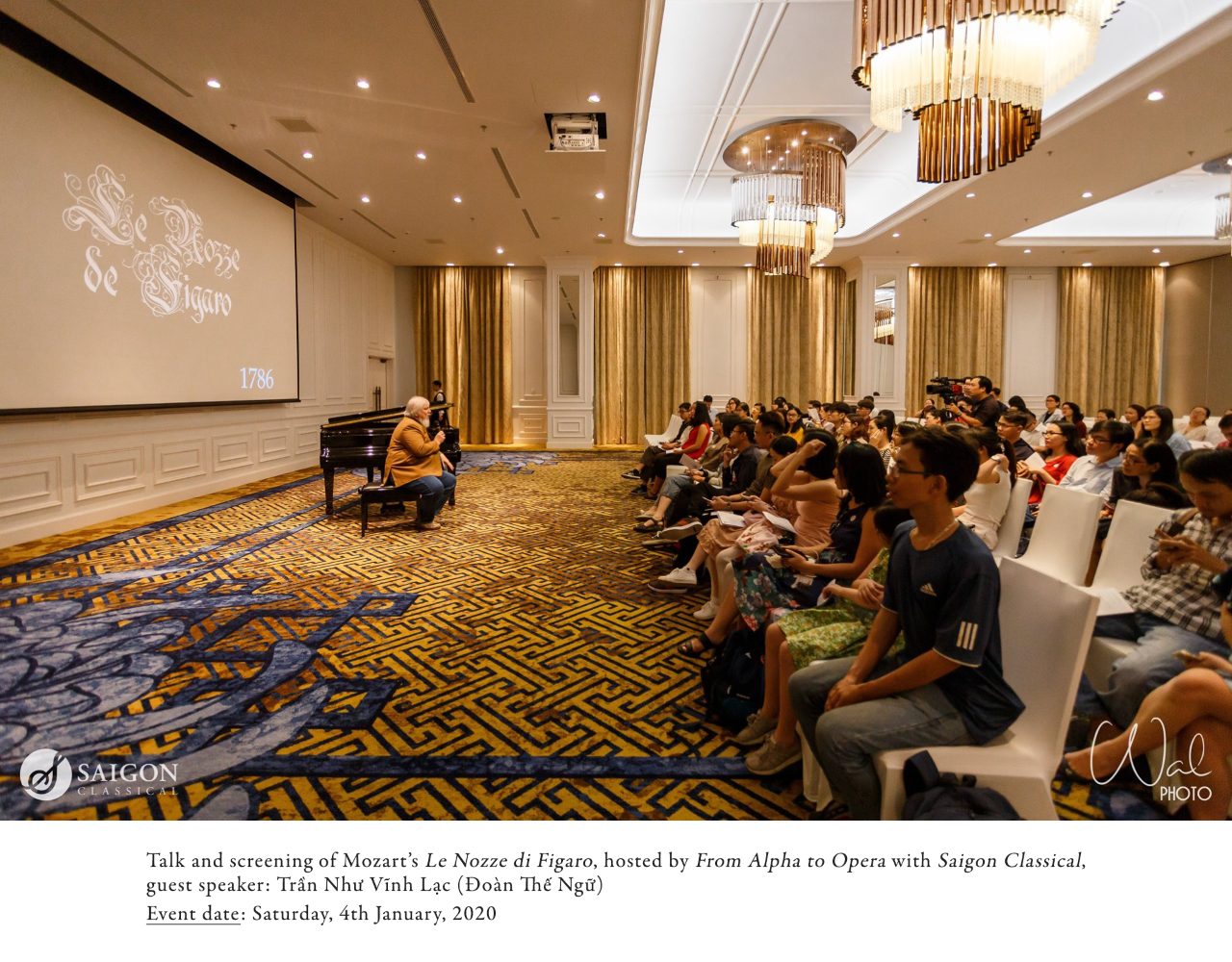 Just as how singers were fearful of being replaced by phonograph (1) because singing then could be heard without physical attendance in the auditorium, or how The Met’s pioneering in Live in HD did receive initial criticism for “making operas too accessible” and sound will not be authentic, the list goes on. But, the advantage of availability and accessibility far outweighs the obstacle. Via discussion forums for operas or classical music performances, I have friends living abroad who have attended live performances, but still purchase tickets for the HD viewing “to see the details” that they missed in the opera house, or vice versa, those attending a screening and then decided to buy a ticket for live performance.

I see a bright future for the digital platform because digital art does not seek to replace, but to compliment the essence of live performances, it enhances the desire for live performance when one has a taste of how it could be “more” via digital. Just as how digital products have aided my discovery of concerts, operas, they have helped break down the barriers of misconception within my own community. In a world that we tend to believe people are looking for cheap, fast and attention-grabbing social contents, time will prove that digital preservation of music is an art itself, that is kept for future generation worldwide to appreciate.