This didn’t look like the hardest assignment I’d ever been given – write an amusing piece about a typical day on tour with the OAE.  But the longer I looked at the request, the more difficult it seemed.  For the fact is, there is no such thing as a typical day, or indeed a typical tour:  each one is unique, and presents its own challenges and rewards.  So after some procrastination (involving lamb chops and a baked potato), I decided to try to give a flavour of the sort of things that we might be faced with at any time, while travelling with a group of musicians.

One thing touring is not, is any kind of holiday. Owing to the nature of airline schedules, the unpredictability of traffic, and the need to build in the possibility of delays, we almost always set off horribly early.  There’s usually some issue at airport check-in concerning instruments, especially the large ones (cellos have seats assigned but basses and timpani go in the hold), which invariably means that the management are scuttling through the security channel at the last possible minute, with no opportunity for breakfast or even coffee.  (Note: make friends with the players, who might buy a coffee for you and meet you at the gate with it.)  There’s also a chance that the instruments in the hold might not make it onto the plane, in which case we’ll spend the rest of the day trying to track them down, or borrow some to use in the concert.

If we’re already abroad we’ll be checking out of the hotel with a long coach or train journey in prospect.  Mastering the sleight of hand required to make a little cheese and ham roll disappear into your bag at breakfast is a must.  You can’t predict when you might next get the chance to eat.  The chance of someone oversleeping, or leaving their passport in the hotel safe, is reasonably high, and everyone has to be accounted for.  Occasionally the buses don’t arrive, or arrive separately, half an hour apart.  The waiting players took over a quiet street in Brussels recently for an impromptu game of cricket.  Luckily I don’t find it difficult to sleep on journeys; the players distract themselves by preparing scores, doing crosswords, or playing scrabble or cards.  I once saw a mini casino appear, complete with gaming chips.

On arrival in the target city it’s usually necessary for me to go straight to the concert venue with the larger instruments, to look at the stage layout.  Often I don’t check into the hotel until after the concert.  Despite our sending plans in advance, the stage is rarely set-up for us, so I have to wrestle with whatever language I can find in common with the crew, as well as any particular rules that they have (in the USA I’m officially not allowed to touch anything, so I have to stand and direct operations while it’s all done by large men who might be wearing T-shirts with helpful slogans such as “What part of NO don’t you understand?”).

Happily I’m not usually the only member of management on tour, so I will eventually be rescued by someone else who arrives with the players and sorts out dressing rooms and other backstage matters.  During the rehearsal we have to plan any stage moves, listen to the orchestra from the auditorium to check balance, and find out where a large number of people can get something to eat in forty minutes before the concert.

The concert itself may be my only chance to slow down, but I don’t sit in the audience.  There are usually a few moves to be made on stage, and someone needs to stand by in case anything untoward happens.  A few years ago, in Edinburgh, all the lights went out on stage every time they were brought up to full power.  Cue much panic in the wings as the crew tried to work out what the problem was.  They couldn’t fix it so, at my suggestion, the remainder of the concert was performed using “working lights” – the rather dimmer ones used when the hall is cleaned.  Luckily the players knew the music really well!

I have the greatest admiration for the musicians, who can still give a world-class performance after such a draining schedule.  At last everyone leaves the stage and we can pack up the music and large instruments ready to move on the following day.  The priority now is to find a really good meal.  One thing to be said for touring is that it provides the opportunity to sample all kinds of local food.  I’ve eaten some amazing things over the years – beautiful fish and shellfish in Spain, eels in Japan, and in Argentina, some bits of pig and cow that it was best not to identify.   Sometimes there is a small breathing space for a little sight-seeing, and I’m aware of the privilege of travelling extensively with the orchestra.  When it seems gruelling, I try to think what it must have been like for Mozart, dragging his fortepiano around Europe in a carriage for weeks at a time.  And I’ve learned that despite the near-exhaustion that we feel as we trundle around the world, in the end all is forgiven as long as there’s time for dinner.  And now I must go and deal with those lamb chops. 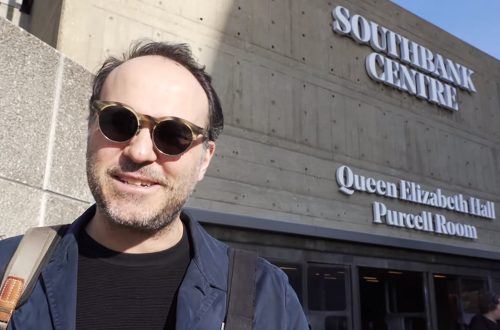 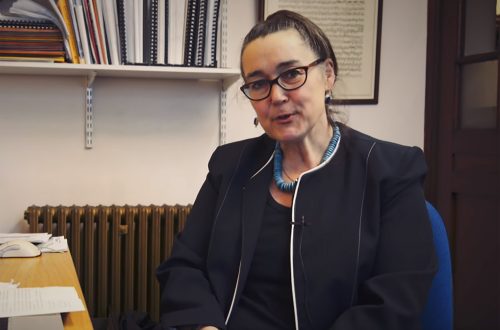