I guess we all have small treats we enjoy. One of mine is cereal. I’m usually a porridge kind of guy, but I do love a bowl of cornflakes on occasion. Or Rice Krispies.

Both of course should be served with ice cold milk. Yum.

That milk has got to be rich and creamy. Full fat. Maybe Gold Top. What it definitely should not be is skimmed.

I feel the same way about digital art. And specifically, streamed classical concerts…

Lets think about that full fat Vs skimmed experience as it relates to classical music. The real thing might go like this:

I first meet my concert-buddy for dinner. We have a catch-up and delicious meal, and saunter to the hall. I see a friend at the bar and say a quick hello.

In the hall I sink into my seat, the lights go down and there’s a sense of anticipation. As the music starts I enjoy watching musicians exchange glances, smiles and gestures. The music envelops me and while my mind wanders on occasion I don’t worry about it – I always return to the performance, and concerts are always good thinking time.

After an interval G+T we’re back in the hall, and now I’m totally caught up in the music, the finale a real edge-of-seat experience. The audience goes crazy. The musicians look wiped-out but ecstatic.

We retire to the bar for chats and post-performance analysis, and I say hello to a couple of the musicians. I return home with the performance on repeat in my head.

The first hurdle is making myself commit an hour or two to watching a concert on my computer. That’s a long time looking at a screen. Especially after a day of Zooms and spreadsheets.

I microwave my sad meal-for-one, retire to the sofa and tune in. My internet goes down, so my first impression is a frozen image of the Orchestras CEO, giving a presumably riveting introduction to the concert. My internet resolves, so I can ‘enjoy’ the thin tinny sound of the concert through my laptop speakers. The director seems fixated on two players, even though someone’s ‘violin face’ is not the most attractive. My attention wanes and I find myself on Instagram.

Despite there being no audience, its all filmed as if it’s a normal concert. Concerts at best have limited visual interest, but its somehow worse when on camera. I find myself on Twitter. Then on Facebook. After twenty minutes I’m on my work email… I wrest myself back to find the first piece wrapping up. The musicians clap themselves awkwardly. Somehow all the weird stiffness of a classical concert is amplified in a stream, and there’s none of the live thrill to compensate

Since lockdown occurred I’ve tried to watch 3-4 concerts online. I’ve only stuck one out, mainly because it was short and filmed from a musicians home – genuinely a unique experience. Most I have zoned out of. None have held my attention, and all have suffered from a lack of visual invention. Now, as lockdown eases slightly, if there’s a remote chance of me going out for a drink or dinner, I’m going to be doing that instead of spending MORE time at home with my laptop.

Right now one other thing about streamed concerts bothers me.

Those without audiences, but filmed as concerts, are frankly weird. Audiences aren’t dispensable, indeed they’re a crucial part of the concert. As OAE Leader Maggie Faultless said in the Guardian a while back:

“The best performances involve a three-way relationship – the music (i.e. what’s on the page) the audience and the performers. The performers react not only to the written notes but to each other and most importantly, to the audience”

To me, it seems dangerous to pretend audiences don’t matter in the making of music. I know its tricky right now, but I think that lack of human engagement is one reason why lots of these concerts feel as flat as shredded wheat to me.

Of course, I don’t really think digital art is really as worthless as skimmed milk (even that has the saving grace of being richer in calcium). Some digital content (witness the OAE’s famed theorbo vid) is highly worthwhile. Digital can add a whole extra layer to the live experience with film, fancy lighting or virtual reality, or you can make a whole live performance happen digitally, as with the amazing audio experience of the Donmar Warehouse’s Blindness. But if you’re going to put a performance online you’ve got to rethink it for a new medium – use that medium, don’t work against it – especially if you can’t have an audience there. Make it shorter, snappier, let us see behind the scenes. Theme it, make it personal, tell stories, use directors who make short films, animation or pop videos to bring a new visual language to it.

Otherwise, to be frank, I won’t be tuning in, I’ll be down the Co-op browsing the breakfast aisle. 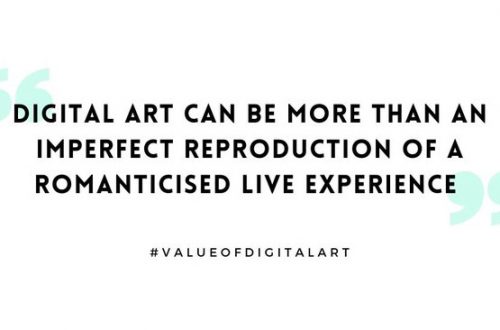 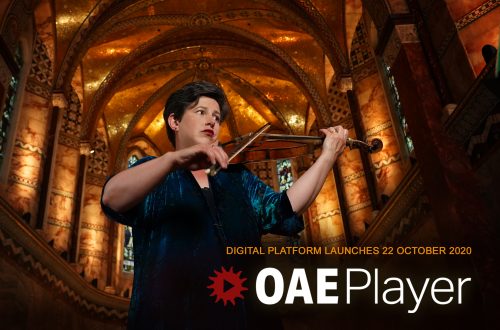