The Orchestra of the Age of Enlightenment (OAE) announces its new Rising Stars – seven outstanding young singers, selected from a fiercely competitive pool of over 200 hopefuls. Performing solo at the Royal Festival Hall and prestigious concert halls across the UK and abroad, they’ll be mentored by the world-leading orchestra.

Run by its players, the OAE is unusual in not being led by a single conductor, making its Rising Stars scheme extraordinary in offering the chance to work with many great maestri, including Ádám Fischer and Masaaki Suzuki, as well as outstanding soloists such as tenor Ian Bostridge and violinist Alina Ibragimova.

“The Rising Stars auditions absolutely proved that Britain’s Got Talent – and Ireland, too! It’s tough for young singers starting their careers – they want to learn from seasoned professionals, but often nobody talks to them about their performance. Our Rising Stars get a chance to shine whilst receiving feedback and validation from the amazing OAE players who have an encyclopaedic knowledge of the music.”

The Stars will be central to the Bach, the Universe and Everything series – a non-traditional Sunday morning service that mixes Bach’s cosmic music with talks on maths and biology. They’ll tackle the composer’s challenging cantatas, notorious for their intricacy and complexity. Unconventionally, they’ll also perform down the local boozer in The Night Shift, which swaps the concert hall and its traditions for a chilled pub setting.

“I’m a huge Orchestra of the Age of Enlightenment fan. I think it’s particularly special that there is no fixed conductor, meaning it’s always a fresh, exciting sound and a very versatile group. There are always interesting musical ideas around – they’re always exploring, questioning and challenging. ”

“The OAE are such a friendly, dedicated, enabling group of musicians and it will be a real treat to work with them closely over the next couple of years.”

Rising Stars is one of the few singers schemes by an orchestra which plays on the kinds of instruments that were around at the time of the composer. The vocalists will gain specialist knowledge of baroque and early classical music from the Age of Enlightenment, for which the OAE is renowned.

The scheme was launched in 2017 and the original cohort of eight singers were on it for two years. The Orchestra will maintain a close relationship with them.

Charlotte Shaw, soprano and a previous Rising Star who was struggling to make the move from chorus to soloist, now has busy diary full of solo opera and concert work, including  Glass’s Orphée with the English National Opera and Handel’s Susanna with the KammerOrchester.

James Newby, who was also on the scheme, is moving to Hannover to join the prestigious Opera House ensemble. He commented:

”The trust the OAE put in young singers to step up and take big roles in prestigious venues across the world is unparalleled. I also got to be part of a killer marketing campaign and confirmed that I look tremendous in a yellow painting jacket.’’

”The ability to share knowledge with these wonderful singers has been a source of great happiness and pride. We’re confident that they’ll make a rich impact on the musical scene here in London and elsewhere. We can’t wait to introduce our new cohort of Rising Stars to audiences and support their development as artists.’’

Watch out for Rising Star Bethany Horak-Hallett in Mendelssohn’s Elijah; the first concert of the OAE’s 2019/20 season, ‘Salvation and Damnation’. Also catch Bethany, as well as Rising Stars Dominic Sedgwick and Guy Cutting, in the first instalment of the 2019/20 series of Bach, the Universe and Everything , ‘Mathematics and the Brain’, at Kings Place on Sunday 13 October 2019.

New Rising Stars of the OAE

Zoë Brookshaw (soprano) was a choral scholar at the University of Cambridge before being awarded a place on the Monteverdi Choir Apprenticeship Scheme. In 2017, Zoë made her Proms solo debut and has been involved in multiple note-worthy recordings, including a solo role on John Eliot Gardiner’s St Matthew Passion recording in 2016.

Sofia Larsson (soprano) graduated from the Royal College of Music International Opera School before completing her postgraduate studies at the Royal Academy of Music. Among playing various lead operatic roles, Sofia is a keen recitalist and was the winner of the Elena Gerhardt Lieder Prize. Recent concert highlights include Mendelssohn’s Hymn of Praise under Bob Chilcott at the Royal Albert Hall and Handel’s Messiah under John Lubbock at King’s Place.

Bethany Horak-Hallett (mezzo-soprano) studied at Trinity Laban Conservatoire of Music and Dance before joining the Glyndebourne Festival chorus and Iford Arts as a Young Artist. Bethany has made several operatic appearances, including her most recent role debut at Glyndebourne as Kitchen Girl in Dvořák’s Rusalka. Other roles include Cherubino in Mozart’s Le nozze di Figaro at Merry Opera and Cupid in Blow’s Venus and Adonis at the Brighton Early Music Festival.

Sinéad O’Kelly (mezzo soprano) graduated from the Royal College of Music as a soprano before joining the National Opera Studio as a Young Artist. While residing in Switzerland, Sinéad has been part of the Internationales Opernstudio in Zürich where she has sung roles such as Amando in Ligeti’s Grand Macabre and Rosina in Rossini’s Barbiere di Siviglia.

Guy Cutting (tenor) read music at the University of Oxford, where he was also a chorister and choral scholar. After winning the Inaugural American Bach Soloists’ Jeffrey Thomas Award, Guy has been involved in numerous prominent vocal performances, including Bach’s St Matthew Passion with The American Bach Soloists and Jeffrey Thomas in California, and has made appearances with various ensembles, such as the Collegium Vocale and The Netherlands Bach Society.

Hugo Hymas (tenor) studied music at the University of Durham before going on to make appearances with a number of vocal groups. His recent highlights include Uriel in Haydn’s Die Schöpfung with Les Arts Florissants, Jupiter in Handel’s Semele with the Monteverdi Choir and English Baroque Soloists and the Evangelist in Bach’s St Matthew Passion with the Dunedin Consort.

Dominic Sedgwick (baritone) joined the Jette Parker Young Artists Programme at the Royal Opera House after graduating from the Guildhall School of Music and Drama. After making his debut at the Royal Opera House as Marullo in Verdi’s Rigoletto, Dominic has made regular operatic appearances in roles such as Kuligin in Janáček’s Katya Kabanova and Pelléas in Debussy’s Pelléas et Mélisande. 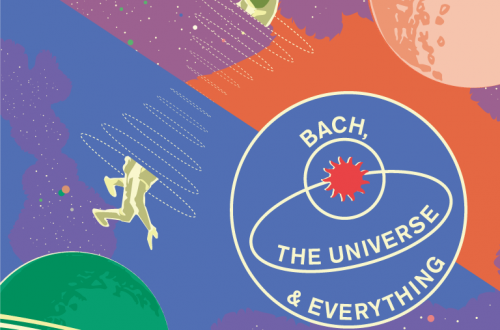 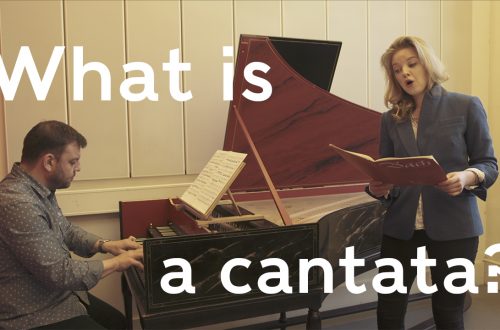