In the spirit of celebrating ‘doubles’ this film invites you to relive the fiery and thrilling repertoire from the our BBC Proms performance in September 2020, but this time presented in the intimacy of Snape Maltings Concert hall, famed for its acoustics.

After the success of our first OAE Player premiere, Roderick Williams performs Bach and Handel on 9 November, we release our next premiere Nicola Benedetti: Seeing Double performance at 8pm GMT on the 19 November. Once again, we present timeless baroque in ultra-high-definition, to accentuate the intimacy and artistry of the performance. As well as a guest appearance from Benedetti, we are joined by renowned conductor Jonathan Cohen who leads OAE soloists Kati Debretzeni and Katharina Spreckelsen through Bach and Vivaldi’s double solo concertos. This concert was filmed in front of a socially distanced audience in Snape Maltings Concert hall.

Speaking of her experience recording the performance, Kati Debretzeni says:

“This recording was a special and moving occasion – the first time many of us had performed to a live audience since the lockdown in March. It was a privilege and a delight to play Vivaldi’s concerto for two violins RV514 with Nicola Benedetti, which had plenty to offer in terms of musical dialogue; the rapid-fire cascades of the outer movements passing to and fro between us, framing the touching and delicate second movement. It is a memory I will cherish for a long time to come.”

In addition to the double violin concertos, the premiere will include a double dose of wind instruments in Vivaldi’s lyrical concerto in A minor for two oboes, with OAE Principal oboe Katharina Spreckelsen and OAE oboe Sarah Humphrys. In between the performances of the famous concertos, the OAE will play a Concerto Grosso from the English composer Charles Avison.

After the premiere, this concert will be available on OAE Player for a limited period of thirty days, with thanks to Decca Records. 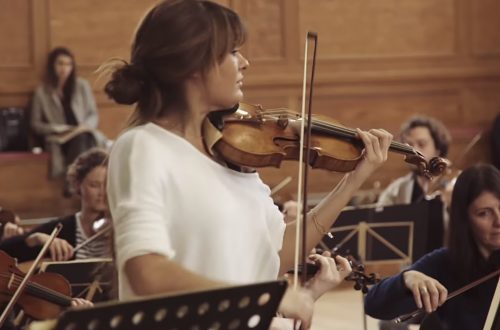 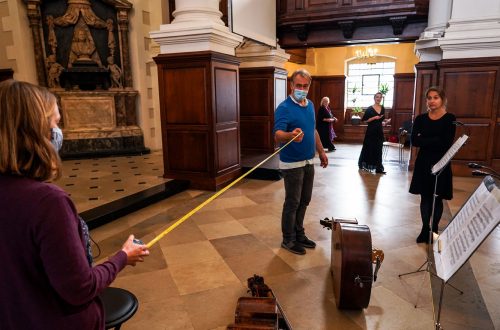