Pergolesi’s Stabat Mater and Vivaldi’s Gloria are two highly regarded baroque works that have strongly kept their place in the choral canon. Behind the music, there lies an interesting connection to female influence that have both inspired and affected the legacies of these compositions.

The Stabat Mater by Pergolesi is one of the most famous settings of the medieval poem about the Virgin Mary’s outpouring of grief while standing at the cross. This characterisation of the Virgin Mary is often cited as one of the most powerful examples of emotional expression in music. The text focuses on the manifestation of her overwhelming sorrow and Pergolesi expertly manipulates his harmonies to not only express this grief, but to heighten the agony that the listener also feels through techniques such as prolonged cadences and delayed resolutions. You as the listener are not meant to feel sorry for the mother figure; you are meant to feel her pain.

It is through the raw emotion of Pergolesi’s musical setting that another example of female presence can also be found. This presence has arisen through the 18th century male chauvinism that is evident in criticism of the time. On the one hand, Pergolesi was praised for his portrayal of female emotion and the way it had the power to affect those who listened to the point that it caused people to weep when they heard the music. Some critics, however, managed to convince themselves that the potent expression would encourage outcries of feeling in the more ‘effeminate male hearts’ and that Pergolesi’s ability to stir emotion was also a sign of his own femininity. Words such as ‘weak’ and ‘pathetic’ cropped up in 18th century reviews of Pergolesi’s writing and insinuated that the composer pandered to the turbulence of female sensibility over the rationality and strength of what was perceived to be masculine. We could sit and speculate about the fragility of these critics’ masculinity, but their comments seem redundant when we consider the popularity of Pergolesi’s work. The female presence, through both the Virgin Mary’s depiction and the so-called ‘femininity’ of the music, has withstood the test of time and the Stabat Mater continues to be praised for its power.

Vivaldi’s Gloria is also immersed in female inspiration. The composer was employed at the Ospedale della Pietà, a girls’ orphanage in Venice, for nearly forty years. The orphanage received a great deal of funding, perhaps because the girls who lived at the Ospedale were often the illegitimate daughters of the wealthy noblemen of the city who had engaged in illicit affairs. The generous endowments and donations meant the girls of the Ospedale could participate in activities such as musical training. The governing board of the Ospedale saw musical participation as a healthy way to promote morality and instil modesty in the girls and therefore a significant amount of time and money was poured into these programmes to help the music at the Ospedale flourish. Over time, girls were admitted into the orphanage with a bias towards those who displayed musical flair, and the ensembles and the choir at the Ospedale slowly but surely built up a well-earned reputation.

Beginning with his appointment as a violin teacher in 1703, Vivaldi enjoyed a long musical relationship with the Ospedale which gave him the opportunity to compose a significant number of works for both the ensembles and the choir. Vivaldi’s involvement with the choir came at an interesting point in his life: the composer was gaining status as a reputable operatic composer and was supplying regular works for Venetian theatres from 1713. Vivaldi’s interest in operatic writing coincided with his writing of the Gloria, which is thought to have been written for the choir at the Ospedale in 1715. As the choir gained its reputation as an ensemble that could rival even the opera houses, tourists and visitors flocked to the Ospedale to hear the girls perform.

However, as the governors of the Ospedale were keen to keep the girls safe from the corruption of the outside world and wanted to maintain their modesty, it was decided that the girls should be obstructed from the view of these audiences, with iron gratings surrounding them in the balconies of the Ospedale where they performed. The girls were shrouded in mystery, which was an incredible selling point as people (men especially) were enchanted by their angelic voices and longed to see the figures behind the gratings. The nature of the performance was therefore extremely theatrical, and Vivaldi may have been drawn in by the dramatic opportunities of writing compositions (such as the Gloria) for this choir. Furthermore, although there was indeed a fascination on the girls’ appearances, or lack thereof, audiences were forced to focus on listening to the music that surrounded them rather than being distracted by what they saw. This would have certainly be an appealing concept for composers who wrote for the choir.

The role that women play in classical music is sometimes overlooked or underplayed. Nevertheless, both Pergolesi and Vivaldi exploited and took advantage of the opportunity for female presence in their works and we think the result is something pretty spectacular. 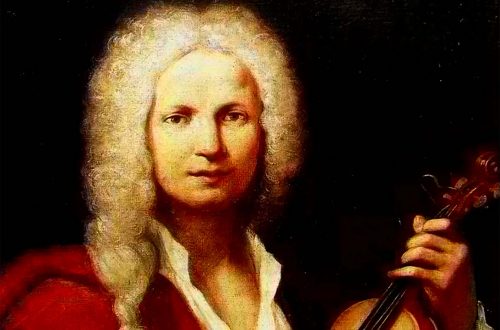 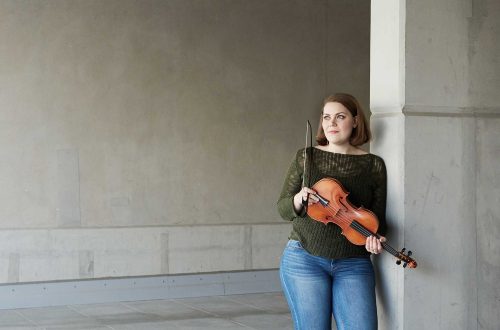