What’s the best thing about performing with the OAE?

The best thing about performing with OAE is definitely seeing so many friendly faces that I’ve got to know over the years, and also seeing new (to me) faces… It’s a warm and affectionate atmosphere in which to make music.

What/when was your big breakthrough?

I don’t think I had a particular ‘breakthrough’. I’ve had a steady progression from singing in choirs through taking small solo roles, to all the wonderful and varied projects that I do now. I think I’m more of a tortoise than a hare!

Do you have a favourite or most memorable performance that you’ve done?

One of my most enjoyable moments was performing Semele’s Myself I shall adore at the Proms. It was such fun!

In your spare time, whose music do you listen to the most any why?

In classical music, the music I turn to the most is probably romantic symphonies. But I often prefer to have quiet, because there’s so much music going round in my head at any given time.

What is it about Elijah that you’re most looking forward to performing?

I’m looking forward to performing Elijah in English! I’ve actually done it more often in German, so it will be interesting to see whether it feels different.

Why do you think Elijah is one of Britain’s most popular choral works?

I think it’s hard not to be moved by some of the beautiful tunes in Elijah… and the dramatic moments are pretty compelling, too! We’re lucky to have such wonderful choral societies in the UK and as long as they are nurtured, I think Elijah will remain a popular work – it’s got a great balance between important choruses and strong solo roles. 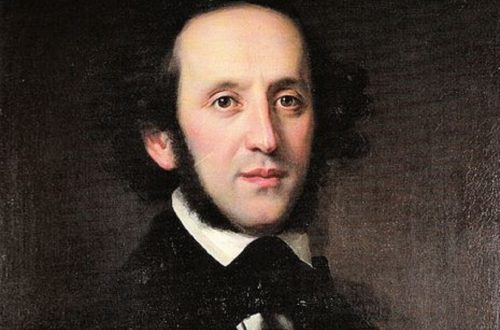