What’s your favourite book and why?

Not definitive, but a favourite book by a favourite author: Forster’s The Longest Journey.  An underrated, beautiful novel.

The theme around this concert is ‘What is the Cost of Greatness?’. Have you made any sacrifices for the things you are passionate about?

I can hardly say I have made many great sacrifices to be able to live my life in music – I count myself extremely lucky in that respect.  Although I definitely long ago sacrificed the idea of the ‘weekend’!

In three words, how would you describe ‘greatness’?

Why do you think this programme of music works?

This programme works not simply because allusion is made to similar works in Mann’s novel, but because the culture to which their composers were central is the novel’s essential topic.  They are all branches of the same enormous tree.  Of the composers left out, Brahms is perhaps the crucial one: Schoenberg’s 1st Chamber Symphony is a miraculous synthesis of post-Wagnerian harmony and hyper-Brahmsian counterpoint.

What is it about the concert you are most looking forward to?

For all the wonders of the other works, it has to be the Schoenberg.  I conducted it as a student nearly 20 years ago, and it hasn’t lost a drop of its fascination for me.  It shouldn’t be possible, and yet there it is.

In Thomas Mann’s novel Doctor Faustus: The Life of the German Composer Adrian Leverkühn, Told by a Friend, (the book that inspired this concert), the main character invents a method of composition that has similarities to Arnold Schoenberg’s serialism which earns him great respect. Why do you think Schoenberg’s compositional style is chosen as the epitome of genius?

I think Mann’s implication is far more complex and ambiguous, and it’s not for nothing that Schoenberg was deeply unhappy about his compositional methods being alluded to in the novel.  The place of post-Wagnerian music in broader Austro-German culture, and the relationship between that culture and the political narrative leading to 1939 is traced in small part through Leverkühn’s development. Mann’s use of a narrator, Zeitblom, who is personally, aesthetically, and politically conflicted complicates any attempt to surmise Mann’s own attitude to Schoenberg’s technical innovations, but their treatment in the novel suggests he recognised their epochal significance.

If you were given the chance to ‘sell your soul’ to the devil, what would it be for?

An athlete’s conditioning with none of the hard work.

On Wednesday 25 March, our concert, Faust: the Life of a Composer, is based a story of selling a soul for greatness. Our concert features music inspired by Mann’s novel, performed in brand new arrangements written for us by OAE Principal Horn, Roger Montgomery. 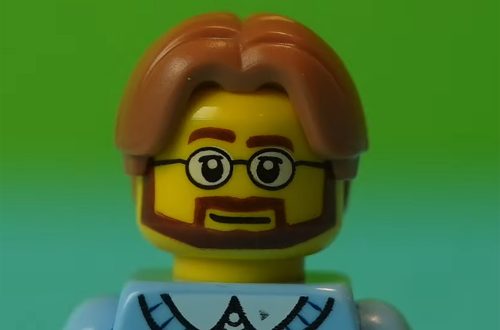