The first thing to know is that we play music on instruments (or replicas) from the time the music was written.

When we play Bach, we play on instruments and use techniques that would have been familiar to Bach himself in the early 18th century.

Then when we play Brahms, we change our instruments to those from Brahms’ time in the mid-19th century. This gets you closer to the experience you would have had at the time the music was written.

There are some quite radical differences between historic instruments and modern ones. For example, our strings are made of sheep gut rather than metal. And our wind instruments often don’t have valves as their modern counterparts do.

Why do we do this? It’s not just about history. As double bass Cecelia Bruggemeyer explains in the video below, it’s also about making old music new.

Double bass Cecelia Bruggemeyer explains what period instruments are and why we play them. 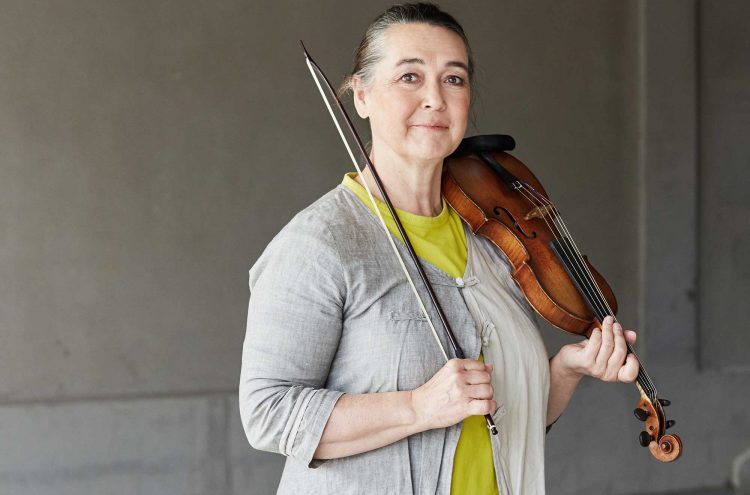 Inspired by the Enlightenment

Ok, we’ve got a slightly weird name, which some people think is about yoga and hippies or meditation retreats. It isn’t. It comes from the Age of Enlightenment, the 18th century explosion of science, philosophy and music in Western Europe.

As our Leader Margaret Faultless says, “The link between the Age of Enlightenment and the Orchestra is our never-ending spirit of enquiry.”

Our Orchestra was founded in 1986. Then, a group of idealistic period instrument players was determined to free itself from the shackles of working under an all-powerful music director and take charge of their own destiny.

Our first concert was on Thursday 26 June at Oxford Town Hall with violinist Sigiswald Kuijken. A second followed the next day at Southbank Centre’s Queen Elizabeth Hall in London. The programme included Telemann, Rameau and Haydn’s Symphony No. 83 La Poule.

In 1987, we worked with Simon Rattle to bring a landmark production of Mozart’s opera The Marriage of Figaro to Glyndebourne. We also secured a recording contract with Virgin Classics, a broadcast agreement with the BBC, and started planning our first full season of Southbank Centre concerts.

In the video below, our Leader Margaret Faultless introduces archive BBC footage of us playing Bach’s Concerto for Two Violins.

"During the Spring of 1986, a loose group of conspirators gathered together to debate how a new entity might be constructed, ruled by equality and inclusiveness."
Marcus Marshall, founder member and former Chief Executive 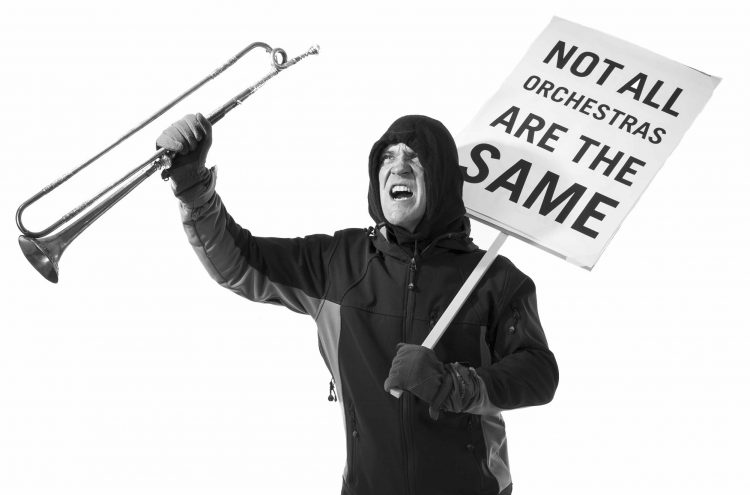 We’re not run by an all-powerful music director or conductor. Instead, our players call the shots, choosing what we play and how we play it. Our concerts are different, too. You’ll hear us talk about our music from the stage, making you feel part of the performance.

Pretty quickly, we became a prominent fixture on the UK classical music scene.

In 1993, we formalised our relationship with Southbank Centre and became an official Resident Orchestra, an association we’re proud to have had ever since.

We returned annually to Glyndebourne, specialising in Baroque and Classical opera by composers including Handel and Mozart.

In 1994, Simon Rattle took us on our first European tour. This mammoth jaunt featured 12 concerts in 9 cities across the UK, France, Germany, Austria, Italy and the Netherlands.

We worked with conductors Mark Elder, Iván Fischer and Vladimir Jurowski for the first time. This trio would go on to join Simon Rattle as our Principal Artists.

And in 1999, we appointed one of the Orchestra’s oboes, Cherry Forbes, to become our first permanent Education director.

In the video below, our current Principal Timpani Adrian Bending talks to violin and founder member Catherine Mackinstosh about her career with the Orchestra, which spanned from 1986 to 2013.

"Compliance is not healthy. What I want is a dialogue."
Vladimir Jurowski 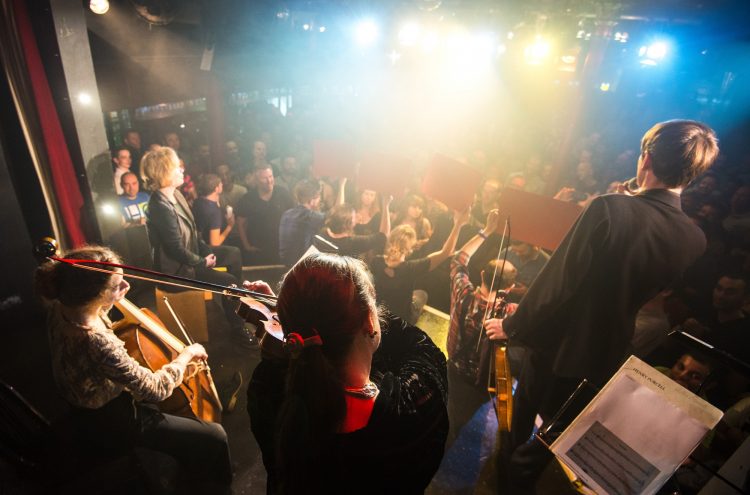 Making music for everyone

From Southbank Centre’s Royal Festival Hall to local pubs, we perform for a variety of audiences in many different places.

Each year, our Education programme reaches more than 17,000 people, often in areas where children have little or no access to live classical music.

To the present day

We turned 30 in 2016. While that means we’ve grown up in many ways, we’re still young at heart and adventurous in spirit.

In 2006 we launched The Night Shift, a pioneering series of late night classical music gigs. Billed as ‘classical music, minus the rules’, these gigs are aimed at audiences under 35 who aren’t attending conventional concerts. They have evolved from large scale events at The Roundhouse and Southbank Centre’s Royal Festival Hall to intimate chamber gigs in pubs. Now, we’re taking what we’ve learnt from The Night Shift and are bringing it back to the concert hall.

In 2008, our offices moved to Kings Place, a brand new building in King’s Cross, London, where we also perform concerts.

We celebrated our 30th birthday in 2016 with a special season of concerts, including Weber’s Der Freischütz with Sir Mark Elder and Mahler’s Second Symphony with Vladimir Jurowski.

And in 2017 we blasted off on a journey of exploration, when our Sunday morning music and science series, Bach, the Universe and Everything, was launched.

2017 also saw the start of Six Chapters of the Enlightenment; six special seasons exploring the era that gave our Orchestra its name. The video below introduces the first of these, Visions, Illusions and Delusions.

In 2020, we became the very first orchestra in the UK to take up residence in a school. We are immensely proud of our embedded education partnership with Acland Burghley School, and that we can share the next chapter of the OAE story with the wider Camden community.

"For over 30 years, the Orchestra of the Age of Enlightenment has combined highbrow musicology with a tremendous sense of mischief."
New Scientist